Toenail fungus can severely damage the appearance of your feet and put a critical damper on self-confidence. Traditional treatments (which include topical creams, pills, and sometimes surgery) might not be the right fit for everyone.

Could home remedies for nail fungus provide the answer for those seeking more convenience? 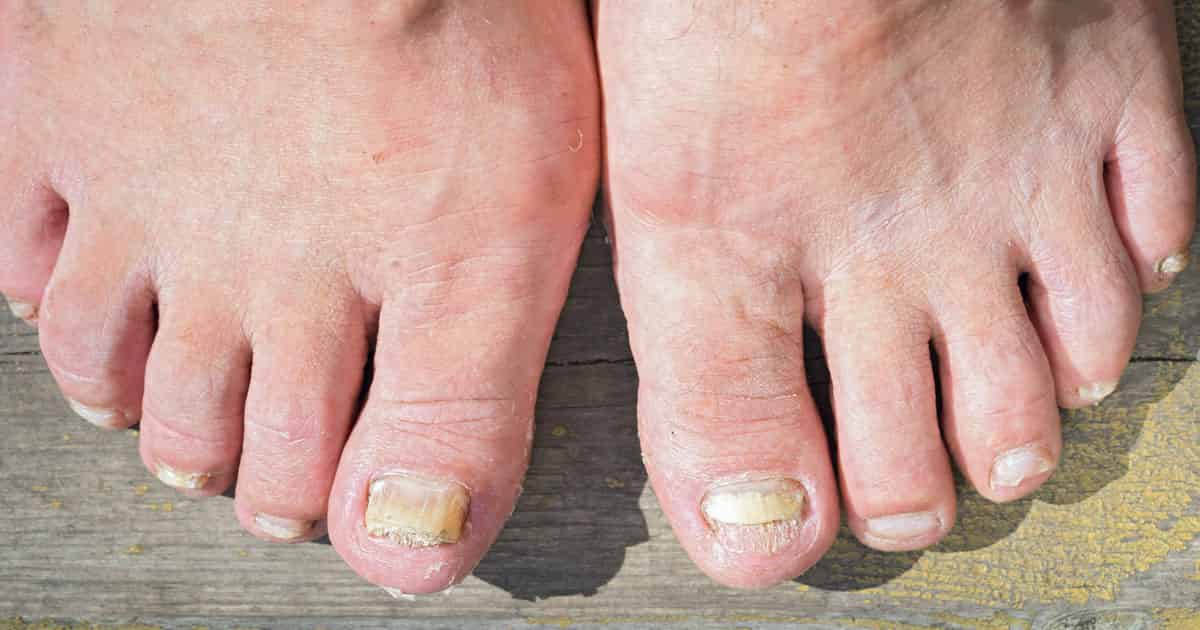 The Problem With Home Remedies

This should be obvious. Though some toenail fungus home remedies certainly can be effective, it’s difficult to discern which work and which are bunk without some research.

Anecdotal claims are easy to make and nearly as easy to falsify. Verifiable and repeatable results? Not so much.

There are dozens of supposed cures, (diatomaceous earth – oregano oil?) but we’ll limit our selection to a few of the top choices, explore the reasoning behind their use, and see if any evidence exists to back them up.

Home fungus treatments hailing this popular kitchen liquid claim that if you soak your feet, you can get rid the toe nails of annoying fungus. Various formulas exist, mixing the vinegar with other products like Listerine, hydrogen peroxide, or copper sulfate.

The natural remedies advise trimming and clipping the nails before soaks, replacing the soak after each use, and repeating the process close to four times a day for maximum effect on the infected nail.

Some even suggest coupling the soaks with consumption of the vinegar to help boost the immune system and fight the nail infection from “the inside.”

There is precedent for using white vinegar as an anti-infective agent, and modern studies show that it does have some benefit as an anti-microbial agent. These studies were done in the context of food preparation and controlling salmonella, however. [source]

There is some evidence to suggest that apple cider vinegar can only slightly limit the growth of some common bacteria that would infect wounds, and that there may be some basis to believe it can combat ear infections, but only to a small degree.

As for treating a fungal nail infection? Sources are limited, and not encouraging. It is also important to note that part of this ACV ritual, trimming the nails, is, on its own, a suitable method for reducing the pain associated with a fungal infection.

Still, folks seem to swear by this method, although there isn’t much evidence showing it to be effective.

Popular brands like Vicks VapoRub are commonly used to help treat cold symptoms but are said to double as a fungus fighter. Just dab a bit on the nail with a cotton swab, and you’re golden!

VapoRub contains several ingredients, including camphor, eucalyptus oil, and menthol. There is one study showing that this combination of ingredients may have some anti-fungal effects in an in vitro environment. Is it effective when used on people in normal conditions, though? [source]

Proponents are quick to point out that “there’s been a study on that, too!” Indeed, a study was performed in which “eighteen participants were recruited to use Vicks VapoRub as treatment for onychomycosis.” [source]

This sounds promising, but there are a few important details to keep in mind. The study is a pilot study, the first of its kind. Results would need to be repeated to provide more certainty. Furthermore, the sample size was limited, and the study used no control group.

These are all limitations that are recognized by the researchers themselves:

“Key weaknesses of this study include the small sample size, the lack of a control group, and variability in the pathogens, as well as the initial degree of nail involvement between participants.”

They go on to state that:

“These weaknesses underscore the fact that this study does not prove or disprove the clinical utility of this unorthodox treatment of onychomycosis.”

In other words, it certainly could be possible that the cream assisted with controlling fungal growth, but they aren’t certain yet.

The researchers pointed, though, that using Vicks or similar products won’t cause any harm, concluding that:

“Vicks VapoRub may represent a significant addition to the clinical options for treating onychomycosis, not only because of its clinical effect, but also because of the minimization of side effects and its lower cost compared with established therapies.”

So, if you want to give it a shot, feel free, but don’t expect a miracle cure. Bear in mind that Vicks doesn’t recommend you doing so:

“We do not recommend using VapoRub for the treatment of toenail fungus. Consult your doctor or pharmacist for the best nail fungus treatment to meet your needs.”

Could we finally have a winner? Eucalyptus oil is synthesized from Eucalyptus trees, those staples of the Australian landscape. A recent in vivo study of its effects on nail fungus showed serious promise. [source]

The study looked at 22 participants and analyzed the effects on 70 different nails in total. Of those nails, 35 had what is known as a matrix infection, and 35 did not. In case you weren’t aware of the difference:

Translation? The stuff works. If it’s a non-matrix infection, eucalyptus essential oils can perform comparable to prescription topical treatments, and at a reduced cost.

The reasoning behind using olive leaf extract to treat fungal infections is as follows:

Olive leaf extracts are known to contain polyphenols, which do have therapeutic properties, hence, supplementing with these compounds will help prevent or alleviate fungal infections.

One study has shown that olive leaf extracts may have some use in combating candida, but not to the same degree as hydroxytyrosol, which is also derived from olive plants. [source]

You’ll find plenty of success stories strewn about the net, but the actual results will vary. You can try this remedy for toenail fungus, but again, don’t expect instant results or particularly potent relief in every case.

The stories about coconut oil remain pervasive. Is there any ailment that these “natural home remedies” can’t address? Proponents claim the fatty acids can strike at the root of problematic fungal infections, stopping them in their tracks. Is it true, however?

Several studies have shown there may be reason to believe that coconut oil can act in an antifungal capacity. One study on mice showed that it could control the spread of candida in the GI tract:

Another in vitro study also showed that coconut oil was effective at combating candida, concluding that it was:

“Noteworthy that coconut oil was active against species of Candida at 100% concentration compared to fluconazole. Coconut oil should be used in the fungus treatment in view of emerging drug-resistant Candida species.” [source]

The one drawback researchers noted was that coconut oil could affect patient’s cholesterol levels when ingested. If used topically on the toenails, however, that risk is significantly minimized.

It seems that this time, at least, coconut oil has the powers that proponents have ascribed to it. Go ahead and give this one a test to see if it works for you.

This is another one that may surprise you. Tea tree oil is another Australia native, and there is a limited amount of research to show that it does have some antimicrobial properties with researchers remarking that:

“A wealth of in vitro data now supports the long-held beliefs that TTO has antimicrobial and anti-inflammatory properties. Despite some progress, there is still a lack of clinical evidence demonstrating efficacy against bacterial, fungal, or viral infections.” [source]

So, it could help, but researchers just need to study further to lock down exactly how potent tea tree oil is and what doses are most effective. You can use it but need to keep several important factors in mind:

First, you should only use tea tree oil topically. Research has shown that it is toxic when ingested:

Cases of human poisoning have been reported, though no deaths have occurred thanks to adequate and timely treatment.

Furthermore, tea tree oil can cause allergic reactions when used on the skin: redness, itching, blistering, the whole nine yards. This is complicated by the fact that there are no standard doses for tea tree oil.

Your best bet is to consult with your doctor to determine how the oil will affect you and what amount you should use.

Lastly, it’s important to note that the treatment may not work all the way in every instance. According to Jessica Krant, M.D. and assistant professor of dermatology at SUNY Downstate Medical Center in Brooklyn, N.Y.:

“Tea tree oil is unlikely to fully cure a well-established toenail fungus infection, since the infection tends to be based in the nail matrix, or ‘root’, underneath the nail fold.” [source]

Go for it, but do so with care and make sure to follow your doctor’s strict advice.

There Seems To Be Promise

With some alternative treatments, at least. As resistance to certain drugs grows, “natural” antifungal options stand to become ever more popular. More research, however, is necessary to determine how they can be best used to supplement traditional methods of care.