For decades, the food industry has maligned coconut oil as a “saturated fat.”

However, it has not gone unnoticed that cultures who use coconut oil as their primary oil in cooking tend to be the healthiest on Earth!

Moreover, scientists have been studying the health benefits of coconut oil for years and there is now a great body of scientific work that proves how beneficial coconut oil is to the human body.

To maximize the health benefits of coconut oil, be sure to buy unrefined virgin coconut oil (we like Nutiva) instead of overly processed refined coconut oil.

Refined coconut oil has been heat processed to improve shelf life and raise the temperature at which the oil smokes.

While this refinement process increases the profitability of coconut oil for the food manufacturers, it also changes the chemical structure of coconut oil.

In doing so, it unfortunately lessens the medicinal value of the coconut oil as well as its delicious flavor.

Because of their unique chemical structure, these medium chain saturated fatty acids have the ability to penetrate the cell membranes of pathogenic microorganisms and destroy them. Essentially by emulsifying the lipids in these membranes.

Moreover, these MCFAs selectively destroy the bad bacteria while leaving the good bacteria intact by targeting the lipids found only in the membranes of bad bacteria! 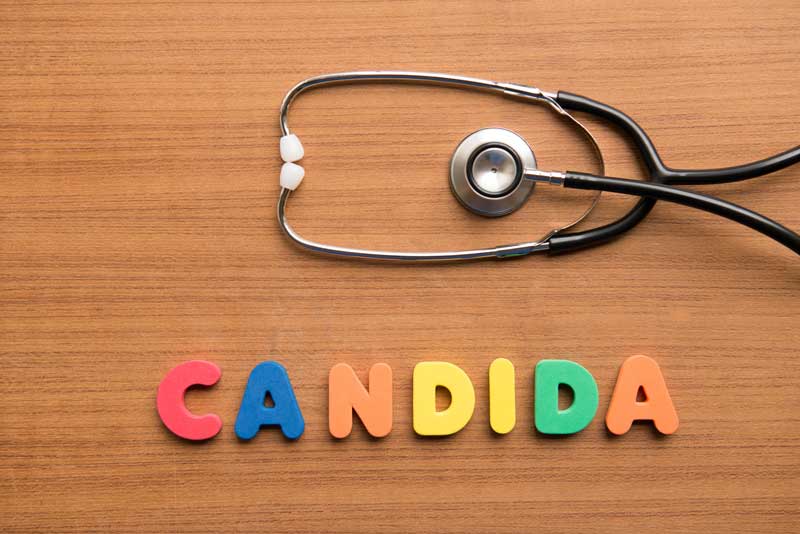 While coconut oil is very effective at fighting off a variety of infections, it is perhaps best known for killing Candida, a yeast infection caused by the microscopic fungi Candida albicans.

Candida is one of the most common infections in humans and often persists in a chromic state in those affected by it.

Candida can manifest itself as a vaginal infection, penis rash, diaper rash, oral thrush, or a general skin rash. Candida can also compromise the immune system, often without the affected person even realizing they have a Candida infection.

They may just think they’re tired because they’re not getting enough sleep and just usually prone to colds. The truth, however, is lurking in the form of an undiscovered infection.

Coconut oil is also very effective at fighting off “staph infections” caused by various strains and species of Staphylococcus, including the most virulent form, Methicillin-resistant Staphylococcus aureus (MRSA).

Since there are few antibiotics that are still effective against MRSA, treating MRSA with organic coconut oil holds great promise.

Coconut oil can also be used as a complementary treatment in conjunction with traditional antibiotics.

To use coconut oil to treat infections, you can apply coconut oil, a solid at room temperature, directly to the inflicted area(s). The warmer body temperature will quickly melt the solid coconut oil making it easier to absorb.

Coconut oil can also be taken orally as a daily regimen, one to three teaspoons, depending on the severity of the infection.

Once the infection subsides, you can take a maintenance dose of one-half teaspoon daily or simply make a point of cooking with this delicious oil!

Dental cavities that are just beginning to form and gum disease can often be cured by switching coconut oil around the mouth and then spitting it out before bed and first thing in the morning.

This is a form of basic “oil pulling,” where oil is used to draw out bacteria.

It is most effective when unrefined coconut oil is used because it is so effective at killing Streptococcus mutans, the primary pathogenic bacteria that causes tooth decay and gum disease.

It should also be mentioned that many dogs inflicted with itchy skin are actually suffering with a Candida infection. Adding a small dab of coconut oil to their evening meal can often cure this common problem.

Furthermore, coconut oil does this without clogging the pores. This is one of the reasons coconut oil is so frequently used in natural skin lotions and good for dry skin.

A quality unrefined virgin coconut oil has an SPF ranging from 4 to 8, blocking about thirty percent of UV according to a 2004 study conducted by Indian researchers.

While this does not compare to the high SPFs of other vegetable oils such as red raspberry seed oil and carrot seed oil, it does carry one important advantage that must be considered for overall health.

Coating your skin with coconut oil will protect you against harmful UV rays but still let in enough UV that your skin can produce vitamin D.

Given the fact that most people are severely low in vitamin D, it may be a good idea to use a natural sunscreen that only blocks some of the UV. Apart from having a healthy skin, vitamin D also keeps the hair healthy and growing.

However, if you have a fair complexion and sunburn easy, you may need a bit more protection.

If this is the case for you, you can create a homemade sunscreen that consists of coconut oil mixed with a little red raspberry seed oil and/or carrot seed oil. 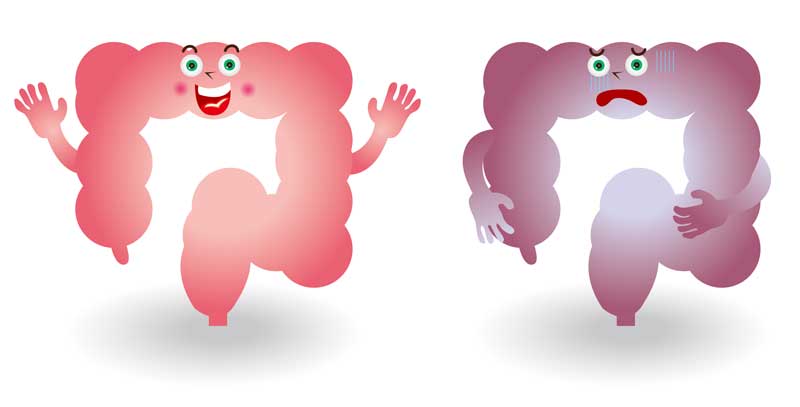 If you suffer from any of these diseases, even in mild form, you have probably noticed how much worse you feel after you eat fried or greasy foods.

The reason for this is because the foods you ate were most likely filled with long-chain fatty acids in the form of canola oil, soy oil, or corn oil.

These are cheapest oils the food industry can buy so they end up in almost all processed foods. Long chain fatty acids are difficult to digest.

On the other hand, medium-chain fatty acids, like those found in coconut oil, are easy to digest.

Coconut oil aids digestion in other ways too.

For example, coconut oil helps the gut absorb more of the nutrients you eat.

Crohn’s disease and IBS sufferers are often very low on stored nutrients because they are eliminated from the system before they have had a chance to absorb the nutrients.

Several studies have shown that vitamins D and E showed marked improvements after consuming coconut oil for only a few weeks.

This means if you cook your vegetables in a little coconut oil, you’ll be able to absorb the nutrients in the vegetables better.

In fact, studies have specifically shown that you’ll absorb more lycopene from tomatoes if you consume coconut oil during the same meal.

In 1989, a group of researchers from Ohio State University conducted a very interesting study.

They gave three groups of pigs raised under the same conditions the standard agricultural diet of corn and soybeans.

Pigs whose diet had been supplemented with coconut oil were able to metabolize fat more efficiently than pigs who received corn oil or tallow! So, adding coconut oil produced leaner pigs with no other changes in their diet or activity level!

Don’t be fooled by the marketing hype of the food industry that would like you to believe… that coconut oil with its saturated fat will make you gain weight more than the dirt cheap GMO oils like canola oil, corn oil, and soy oil they like to add to higher profit processed foods.

If you want to significantly increase your metabolism and energy while still enjoying your food, cook with coconut oil!

Coconut oil is thermogenic, meaning it causes the body to produce heat when eaten and this has the effect of speeding up the metabolism of stored fat in the body.

Instead of being stored as fat, they are immediately utilized by the liver for energy or they are stored in the body in the form of ketones or ketone bodies.

This has the effect of low blood glucose overall. It also levels out the peaks and valleys of blood sugar levels. This stabilization of blood sugar will help you lose weight.

This is particularly true for diabetics who need to lose weight.

To reap the thermogenic benefit of coconut oil and avoid the fat storage promoted by long chain fatty acids, try using coconut oil rather than canola oil in your cooking.

Coconut oil imparts a subtle but beautiful flavor to stir frys and omelettes. You can also add pizzaz to your rice by simply stirring in a spoon of coconut oil.

When browning meats, tomato, onions, or other vegetables in a skillet to get the delicious Maillard reaction for stews and sauces (brown stuff in the bottom of a pot that you have scrap off or deglaze), coconut gives an even greater depth to the umami you create.

Coconut oil will also leave you satiated so you don’t have as many food cravings throughout the day.

This is a weight loss benefit that should not be underestimated. So often, people who eat low fat snacks will find themselves even hungrier an hour later.

Adding just a teaspoon of coconut oil to your soup at lunch can curtail your desire for that high carb mid afternoon snack and this will help you lose weight in a painless way with its healthy fats. 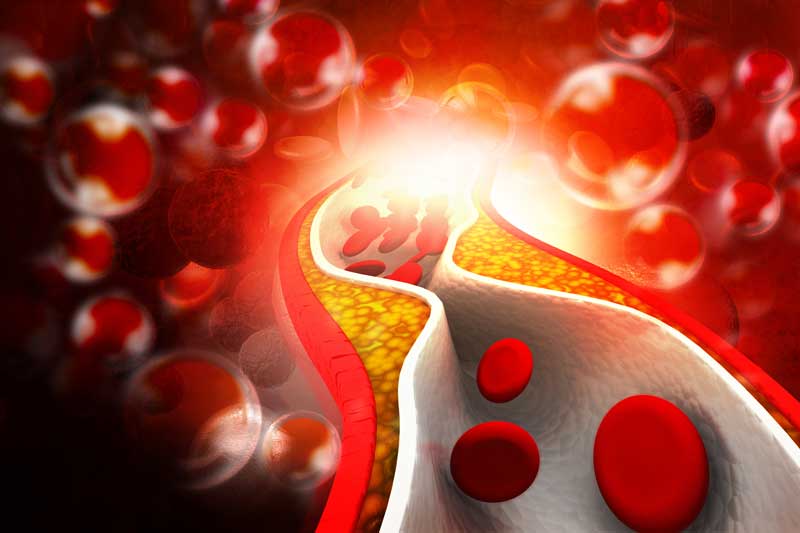 When reading about research on whether or not coconut oil raises or lowers LDL cholesterol or bad cholesterol, you have to pay very close attention to the type of coconut oil used in the study.

However, similar studies using unrefined virgin coconut oil (amazon) show that bad cholesterol together with trans fats are lowered after adding coconut oil to the diet. With the help of HDL cholesterol or good cholesterol, you can flush out these unhealthy fats and LDL cholesterols from your body.

If you are using virgin unrefined coconut oil, this will stimulate your body to produce more lipase.

This is an enzyme involved in the breakdown of fat which lowers your bad cholesterol.

Virgin unrefined coconut oil also increases the production of bile which helps your body remove fat, leading to a lowering of bad cholesterol and lower risks of heart diseases.

While food is medicine, it doesn’t have to taste like medicine.

All natural unrefined virgin coconut oil is a gift to our taste buds from Mother Nature.

While there are many health benefits of coconut oil, some of which are outlined above, this is an oil that is also highly respected by culinary artists around the world.
The enjoyable flavor of coconut oil makes adding more unrefined virgin coconut oil to your diet:

If only everything in life was so simple!

We are subjected to advertisements every day. Sometimes, such as when we see a commercial on TV, we know we are seeing an advertisement.

However, some forms of advertisement or promotion are much more subtle, even deceptive. For example, when we read a health story in a magazine that cites a research study, we tend to take this as fact.

However, we may not be told in the article that the study was funded by an organization whose purpose is to promote a particular type of oil!

We may not be told that the same organization “sponsored” the article.

When considering whether or not to add more coconut oil to your diet, try to cut through these types of advertisement and promotion and do what’s best for your body, not for the profits of the big food companies!