The Turmeric root originates from southern India. The plant – Turmeric Curcuma longa – comes from the ginger family, and you probably know turmeric as a cooking spice.

It is the main seasoning for Indian curries and gives foods a bright yellow or orange color. For centuries Ayurvedic medicines have used Turmeric haldi for treating many ailments. Read on to learn more about different turmeric health benefits. 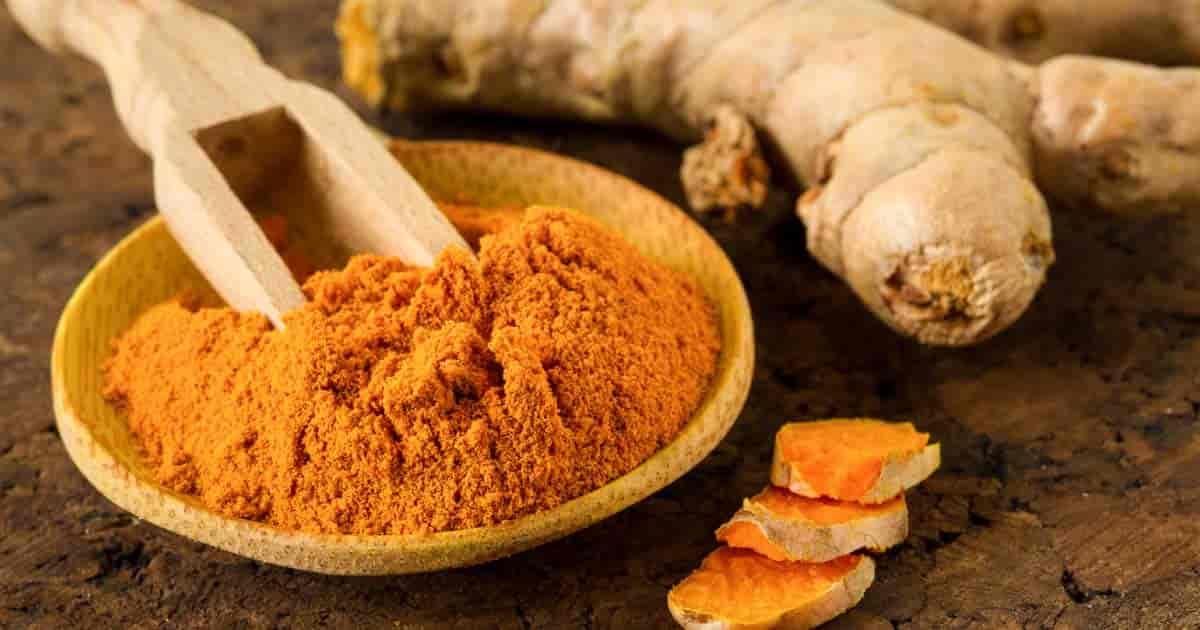 Why is Turmeric So Healthy?

The active ingredient, curcumin in turmeric, has many health benefits and been studied extensively. This supplement and cooking spice functions by actually entering our cells’ membranes to change its physical properties.

Turmeric has other helpful features besides the effects that come from curcumin, especially as its powerful and natural anti-inflammatory effects. It can help reduce blood pressure, fight free radicals levels of bad cholesterol, and even treat diseases like Alzheimer’s and cancer.

One of the most well-known health benefits of turmeric is its ability to reduce pain, usually by lowering inflammation. Turmeric can relieve joint and muscle pain, making it useful in treating conditions like arthritis and fibromyalgia.

Turmeric also gets rid of inflammation in the brain. Brain inflammation is one of the reasons why we can have difficulty with mental concentration. Turmeric calms the brain and enhances clarity simply by reducing inflammation.

Many studies have looked at the effects of turmeric on kidney inflammation. Type 2 diabetic neuropathy is a condition of the kidney common in type 2 diabetes.

One study administered 500 mg of turmeric powder to people with type 2 diabetic neuropathy three times a day. The supplement contained about 22.1 mg of curcumin.

These results were confirmed by another study choosing to give participants 500mg three times a day, or with each meal. Participants in this study had proteinuria, another condition hindering the kidney’s ability function properly, often due to an excess of protein.

By the end of the study, participants had less kidney inflammation and decreased levels of protein. Turmeric was also effective in treating hematuria, or blood in the urine.

Turmeric supplements like this one in a study helped patients recovering from surgery. The supplement is known for its effectiveness in treating traumatic pain and healing tissue. The test group in this study consumed 500 mg of curcumin every six hours, or about four times a day.

The patients who took turmeric regularly reported less pain and fatigue. They were also less likely to use the 650 mg paracetamol tablets prescribed by doctors as emergency pain medication.

Another study compared a formula containing curcumin with common drugs prescribed for pain relief. Researchers examined the effects of Meriva, which contains 400 mg of curcumin, against nimesulide and acetaminophen.

Using 2g of Meriva resulted in approximately the same amount of pain relief as 2g of acetaminophen, or 100 mg of nimesulide.

Both acetaminophen and nimesulide are prescription drugs in the United States, so it can be easier to treat pain naturally with turmeric or curcumin supplements.

Turmeric works in the body to heal and protect the skin. It’s antioxidant properties, help prevent damage to the cells and can have wide-reaching effects like anti-aging.

Another study examined a population in West Bengal, India after exposure to arsenic through contaminated groundwater. Participants took a curcumin and piperine extract supplement of 500 mg like these twice a day.

Both of these studies examine populations struggling with health conditions or external damage. However, curcumin shows health benefits even when consumed in small doses by healthy adults.

Researchers administered 80 mg of curcumin to a group of healthy middle-aged participants ranging from 40 to 60 years of age. After just four weeks, they noticed several various health benefits of turmeric including lowered cholesterol, a decreased likelihood of pancreatic diseases, and improvements to the immune system. 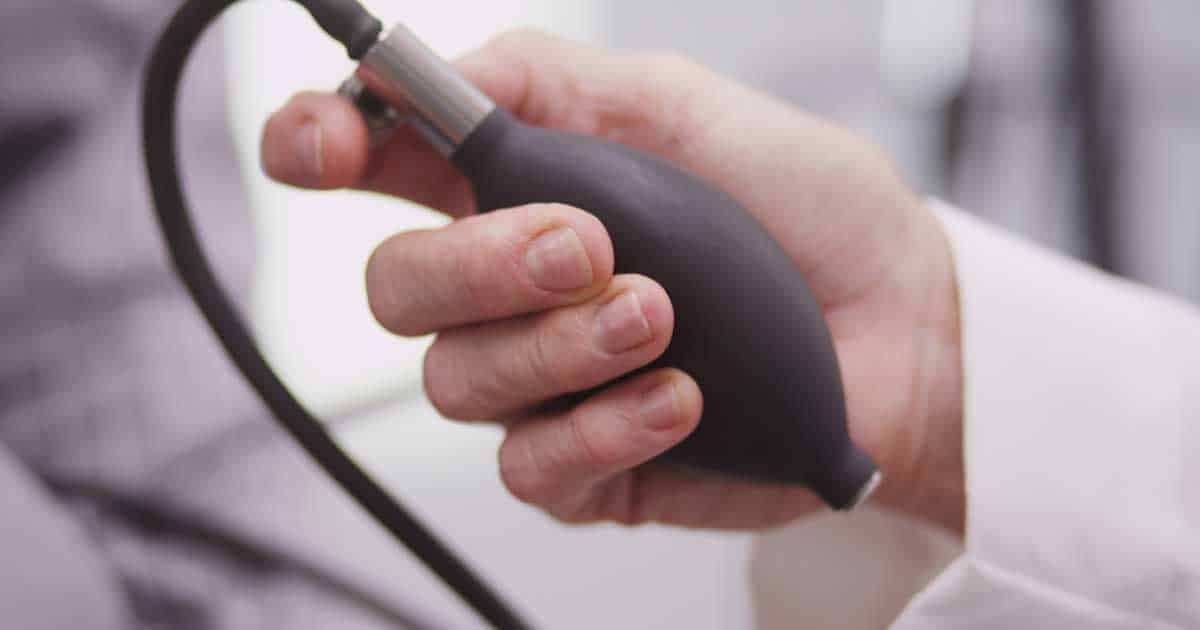 After eight weeks, their blood pressure had decreased without any dangerous effects on heart rate or blood flow to the heart. A separate group of women in the study went through an eight-week exercise regimen, which also showed positive results.

Researchers concluded that combining turmeric or curcumin supplements with regular exercise could slow age-related damage to the body and maintain healthy blood pressure.

Turmeric is excellent for cleaning out your arteries and maintaining an efficient circulatory system. It reduces the plaque and fat build-up in your arteries, which is why many people take this supplement for lowering their cholesterol.

High cholesterol can lead to serious conditions including heart disease, other cardiovascular diseases, and stroke. Turmeric can help you manage cholesterol levels, and has also treated people with chronic cases.

Turmeric helps prevent unhealthy cholesterol from oxidizing, which allows it to build up in the blood vessels.

Taking a turmeric supplement also improves liver function. The liver is important because it absorbs and processes cholesterol, removing it from the bloodstream.

You can also develop high cholesterol from build-up within your cells. Most people believe that cholesterol only comes from fat accumulation on the walls of your blood vessels. However, blood cells passing through can also absorb cholesterol.

These cells absorb harmful materials from your bloodstream, including excess cholesterol. The problem arises when there is too much cholesterol, and these cells become less efficient.

Since curcumin can enter through the cell membrane to change its physical makeup, this active ingredient can also remove cholesterol from your blood cells. Curcumin manages cholesterol levels to prevent your cells from taking in too much.

Turmeric and curcumin have been shown to impact how the body interacts with insulin. For those with diabetes, it is vital to monitor and regulate insulin levels and the body’s insulin resistance.

A now landmark study in the area of diabetes supplement research discovered that curcumin extract like this best seller could increase insulin sensitivity in participants at risk for type 2 diabetes. This nine-month study administered daily curcumin supplements to at-risk and overweight participants.

The supplement reduced the number of individuals who developed type 2 diabetes. Curcumin also improved the function of Beta cells, which are responsible for producing insulin and regulating blood sugar levels.

Turmeric or curcumin supplements are a viable alternative to pharmaceutical anti-diabetic drugs, which can have adverse side effects and an unimpressive rate of proven success.

In comparison, in the above study on people at risk for type 2 diabetes showed a 100 percent success rate among participants who took curcumin.

They took from one to four grams of curcumin daily for six months. While the curcumin supplement did not reverse memory loss, it seemed to slow the process of memory decline.

Turmeric Used In The Treatment for Cancer

Many people claim turmeric can help cure cancer. Research in this area is still lacking, but suggest that turmeric does have a positive effect on cancer patients.

The men received 100 mg of curcumin and 40 mg of soy isoflavones. By the end of the study, tests showed the supplements decreased the number of antigens, or toxins and harmful substances, in the prostate.

Some people even suggest using turmeric as a form of chemotherapy. However, those with breast cancer should avoid turmeric, since it contains estrogen properties. People undergoing blood thinning treatments should also stay away from turmeric, which can decrease the functions of your blood platelets.

Turmeric curcumin is antimicrobial, which means it can fight off bacteria and viruses. For this reason, it is effective in fighting many diseases, but it’s also beneficial for daily use.

Research has found that turmeric has the potential to act as a preservative in the food industry. Turmeric extract prevented harmful bacteria from growing on food samples including E. Coli and Salmonella and preserved meals.

Turmeric can also benefit your skin. Some people even use turmeric in face masks. You can make a face mask by combining turmeric with other ingredients healthy for the skin, like raw honey, coconut oil and essential oils.

Turmeric’s antibacterial properties kill off bacteria that may arise from acne or other skin conditions. A turmeric face mask can also help soothe skin and lessen conditions like eczema and rosacea, a persistent redness in the skin. Its powerful anti-inflammatory activity also make this spice beneficial in skin care.

How Should I Take Turmeric?

You can easily incorporate ground turmeric into most foods, but it is also available in capsule form. There are also capsules with only curcumin, the main active ingredient in turmeric. While curcumin taken alone is very potent, you might miss out on some of the additional benefits that come from turmeric as a whole.

Dr. Weil recommends anti-inflammatory drugs in the form of turmeric capsules for people with inflammation-related disorders like rheumatoid arthritis and autoimmune. To treat these conditions he suggests taking 400 to 600 mg of a turmeric supplement three times a day.

He also notes that both turmeric and curcumin need to be taken with black pepper or the active ingredient piperine to be fully effective. Piperine is key to helping the body absorb turmeric. While shopping for supplements, choose one like this that includes piperine or black pepper extract. When cooking with turmeric, add black pepper to your dish.

Turmeric is the main active ingredient in most Indian curries, so in addition to seeking out the best Indian restaurants in your area, you could also try your hand at making curry. Cooking a simple curry with a few teaspoon of turmeric can be an easy and fun way to increase your turmeric intake.

Some drink Turmeric tea, and you can also use turmeric as a general seasoning for chicken, beef, salads, or sauces and dips. Try using a little turmeric to produce a flavored hummus. The taste of turmeric has some resemblance to ginger and is usually light. However, the spice can taste bitter if you add too much.

Turmeric essential oil can be bought in some online stores today. Patients can ingest moderate amounts by including it in their dishes. Some fans of the turmeric oil apply it in their skin and hair to keep them healthy.

7 Ways to Use Turmeric from Fit Life TV

As a versatile cooking spice, there are many ways to incorporate turmeric into your diet. If you’re not sure how to start adding turmeric to your meals, it’s easy to find recipes and ideas online.

In this video, nutrition specialist Drew Canole walks you through seven of his favorite ways to use turmeric.

Turmeric is a spice with multiple health benefits. Its active ingredient curcumin is one of the most widely researched supplements today. With very low risk and few reported side effects, turmeric is power supplement you should try.