3 Reasons Why This Sweet Spice Is So Healthy

Many people enjoy adding cream and sugar into their cup of coffee to have with their favorite coffee cake. This might sound great, but cream and sugar can actually be tough on your body. These two compounds do not have many health benefits to them either.

Sugar can cause you to feel worn out and can potentially draw upon your calcium stores in some cases. Likewise, cream is a fatty material that does not actually contain any healthy types of fatty acids.

As brown sugar, milk and coffee creamer can all be difficult to consume there is another option worth taking a look at. Ground cinnamon roll or cinnamon powder can be used as an additive to your coffee to give it a great flavor while also being beneficial to your body—just a teaspoon in your cup of coffee can help aid weight loss, heart disease, diabetes, and much more. 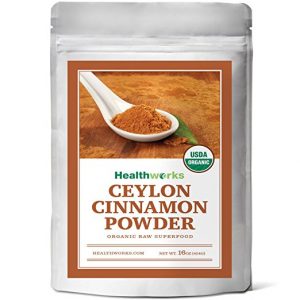 Ceylon cinnamon is known for being a natural sweetener as it packs a slightly sweet but spicy tone without being too intense. The nutty flavor is used in many recipes around the world and adds a tasty kick that you are bound to enjoy adding to your coffee. They also come in form of Ceylon cinnamon sticks.

The cinnamon powder flavor adds a nice tone that you are bound to love trying out. You might notice this flavor a little more than if you just had cream and sugar as cinnamon has a taste that stands out quite well and adds a special feeling that is rather strong.

But there are many additional positives of Ceylon cinnamon that relate to your health that deserve to be explored just as well. These great points about cinnamon make it one of the best solutions you can use for your body. These are useful points for those who have diabetes or are at a risk of developing significant heart-related issues.

Read on to learn more about cinnamon health benefits and why you should replace brown sugar and cream with this amazing spice.

Ground cinnamon is a very popular antioxidant and is used in numerous recipes like cinnamon rolls and curries. This spice helps with reducing how free radicals can damage the body. As it removes free radicals, it becomes easier for new cells to be formed. It keeps your skin from looking dull and also improves your natural energy stores.

As an antioxidant, it also keeps nitric oxide from building up in your blood. This, in turn, reduces the risk of inflammation and other common problems. With less inflammation, the risk of swelling and pain reduces.

It also improves your blood flow as the nitric oxide in your blood will easily move around without issues. This can make a world of difference when you’re aiming to stay healthy.

One related point about cinnamon being an antioxidant is that it regulates how well cells are formed. By keeping unhealthy cells from being at risk of being formed, the risk for the body to develop cancerous cells is reduced. This can work well for those who have certain cancer risks.

The next point about cinnamon sticks is that they help over time to improve the health of your heart. A key part of this comes from how cinnamon can reduce cholesterol levels. It keeps HDL cholesterol levels in your body stable while LDL levels are reduced. This reduces the risk of a heart attack or stroke as blood can easily move through your body while blood vessels are formed properly and kept secure.

Cinnamon also works as a binding agent for blood cells. It forms clots in all parts of the body and does so in areas where vessels and other spaces are worn out. This helps the heart as it keeps it from having to produce more blood.

Cinnamon also helps by giving your body an extra help by managing how your heart works. You will avoid the risk of your heart problems from too much pressure unlike using cream and sugar over the years. Sugar can cause your heart rate to increase while cream adds fats that are often harder for the heart to manage and process. Your heart will feel healthier when you use cinnamon as the issues surrounding your heart will be reduced.

All people can benefit from how cinnamon can manage blood sugar levels well. This is specifically for those who have diabetes. Being able to keep blood sugar levels stable is critical to one’s life but when used right, it becomes very easy for the body to feel healthy.

Alanines can form in the body over time. These enzymes allow sugar or glucose to enter the bloodstream. Those who have diabetes are often more likely to struggle with managing their glucose levels as more sugar gets into the body than what one can handle.

Cinnamon helps with keeping this problem from being a significant threat. It blocks alanines from forming. This, in turn, keeps the body from taking in far too much sugar at a time. Your blood sugar levels will not be at much of a risk of spiking or otherwise being far too difficult to maintain when used right. 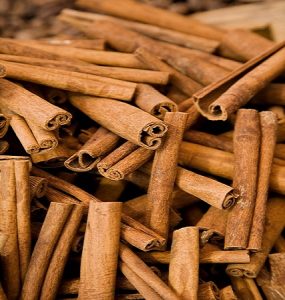 This can also be used after consuming a meal that contains more sugar. By consuming coffee with cinnamon, it becomes easier for the body to keep from taking in more of the sugar that was just consumed. This could help with improving upon how the body feels.

Of course, cinnamon does not contain as much sugar as what you would get from a straightforward spoonful of sugar. Therefore, it should be very easy for you to benefit from cinnamon as you will not be at risk of having a significant blood sugar spike after consuming coffee with this spice. You will be able to keep your body healthy and at ease when it is used carefully.

Cinnamon is certainly a better alternative than cream and sugar when it comes adding something to your coffee. It gives you a great flavor and none of the guilt that you’d get out of cream and sugar. The added positives of cinnamon give your body the support it needs in order to stay healthy.