You might think it’s just a common vegetable oil made from the pressed seeds of the castor bean plant, but many purport that there’s more use to this old-school wonder than just a foul-tasting laxative. Could recent breakthroughs show some previously hidden depths that have long gone overlooked? 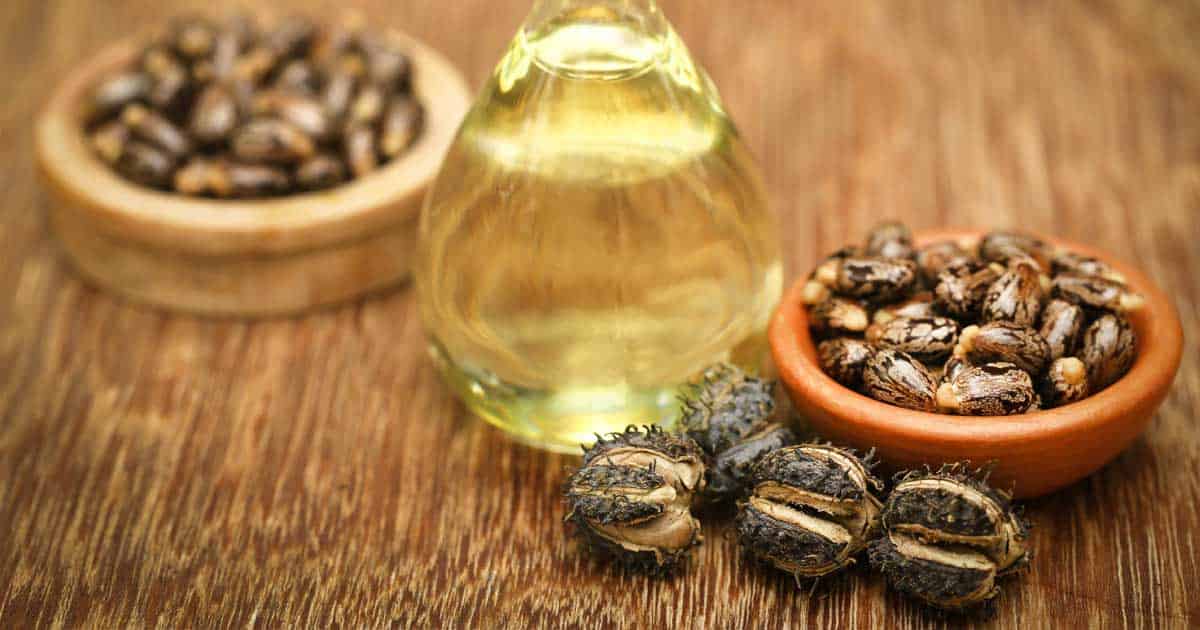 Castor oil, from the Ricinus communis or castor bean plant o castor plant, has long been used as a lubricant and food preservative. For engines, the oil from castor seeds popularity has faded. Though it allows for aircraft and motor vehicle engines to run cool, it has a tendency to gum up in car engines, necessitating more frequent oil changes.

Recent research, though, may have it poised for a comeback. It turns out that castor oil, also known as arandi oil, can help reduce emissions, and that if other deficiencies with the oil can be worked out, it’s lubricating powers are superior to similar options.

Castor oil’s slickness applies to more than engines and machinery. Castor oil is also used in some varieties of “personal lubricants.” In particular, Simply Slick, who offers their lube as a “more natural” alternative to various water-based options.

Castor oil is mixed in with certain foods to keep them fresh. In candy, it prohibits the growth of mold. In rice, wheat, legumes, and similar foods, it can serve as a coating and keep the food from spoiling away too quickly. Read on to learn more about benefits of castor oil.

The oil from castor seeds has found itself a home in the beauty world. You’ll find it in makeup products like deodorant, lipstick, eyeliner, soap, and the like. The reasoning is that because of its ability to stay consistent at various temperatures, castor oil will help keep these products smooth and usable in a wider range of climates.

In addition to its use as an emulsion stabilizer, though, castor oil is added as an opacifying agent, meaning that it reduces the “clear” appearance of some compounds and makes them better at covering blemishes and blending into the skin.

Castor oil works as a sort of anti-caking aid, keeping certain cosmetics powdery, fine, and granular. It has properties as a deodorant, reducing unpleasant smells on the skin. Its moisturizing effects help solve problems with dry skin or chapped lips. It also helps to condition the skin and, when combined with some other compounds, prepare it for cleaning.

On some rare occasions, it may cause skin irritation. By and large, however, it goes on the skin without causing any negative reaction.

Castor oil has some tangible and well-researched health benefits. Both on its own and added to numerous modern drugs, it can serve some admittedly useful purposes, though, perhaps not as many as hardcore proponents would have you believe.

At least one study has shown that castor oil packs in antifungal properties and is useful in combating the wood-decaying fungus known as white rot making it one of the best natural remedies against fungal infections. It is also added to antifungal drugs like Miconazole, used to treat athlete’s foot, ringworm, jock itch, etc.

This might suggest that individuals can use this essential oil on its own as a natural aid to combat fungus or fungal infections that may plague the skin. Evidence of this, however, is scant and limited to “alternative medicine” and “naturopathy” sources, which we will discuss a bit later.

Researchers in Iran found that castor oil also has the ability to counteract “pathogenic microorganisms” that could potentially infect wounds on the skin.

During their research, they found that extracts from the castor oil plant were effective against staphylococcus aureus, bacillus subtilis, C.albicans, pseudomonas aeruginosa, escherichia coli, and salmonella typhi.

Those last two should sound rather familiar, as they are commonly referred to as E.coli and Salmonella, which are commonly associated with food poisoning and digestive issues. Left untreated, they can both lead to death.

This ability suggests that castor oil could also be used in some natural remedies to combat certain bacterial infections.

Indeed, there are plenty of “home cures” that involve using castor oil topically to treat infections and a few that involve ingesting the oil to receive the castor oil health benefits. Little research exists to back the validity of these claims, though there may be some basis for them. More on that later.

Castor Oil As A Laxative

What is better tested is that, when ingested, castor oil is useful as a “stimulant laxative” to immediately fix constipation. How does this work? Science explains:

“When someone swallows pure castor oil, ricinoleic acid latches onto EP3­ molecules in smooth muscle cells on the walls of the small intestine and causes contractions, explaining castor oil’s effectiveness as a laxative.”

The “bowel cleaning” of castor oil is efficient enough that doctors will sometimes use it before radiological investigations, a colonoscopy, or other similar procedures. In certain doses, the irritating diarrhea caused by castor oil is sufficient enough for researchers to test the potency of some anti-diarrheal drugs.

Take care when ingesting it, though. Castor oil comes with potential negative side effects, including nausea, vomiting, abdominal pain, extreme thirst, and, on occasion, insomnia. WebMD has a more complete list of potential side effects, though even their listing is is missing all of the possibilities.

As mentioned, castor essential oil is considered generally safe. The oil and its derivatives features as a component in several different kinds of medicine:

Castor oil from Ricinus communis has been around for a long time. Over the years, it has picked up a reputation for being able to accomplish some remarkable feats and natural remedies to some conditions.  Cold pressed castor oil appear as the most beneficial types of castor oil for hair and skin care. Though not all of these are backed up with substantive research, naturopaths and alternative medicine proponents swear by castor oil’s ability to:

Apparently, the oil has anti-inflammatory effects that allow it to soothe all manner of joint pain. When applied to the skin, the oil is supposed to ease its way into the lymphatic system, freeing it of “toxins” that cause various conditions like arthritis:

Some swear by castor oil’s effectiveness as a massage oil, claiming it can help reduce the soreness of overexerted muscles. Users can enhance this effect, proponents argue, by mixing the castor oil with other “essential oils” that behave in a synergistic manner.

There are many natural massage formulas that list castor oil as a primary ingredient. With just a touch of chamomile or peppermint essential oils, they say, the massage can become even more relaxing and healing.

It’s important to note that massages on their own are helpful, and evidence to suggest that castor oil has some special effects beyond what a typical massage would provide is scant, to say the least.

A topical application of castor oil on the scalp is said to promote the growth of thicker, more lustrous hair growth. The ricinoleic acid and omega-6 essential fatty acids, supporters claim, increase blood flow to the area and help your hair thrive.

Some home remedies go as far as to advise mixing castor oil with coconut oil to create a kind of super scalp treatment that covers all of one’s hair care needs. Again, there may be some benefit gained by moisturizing the scalp with such mixtures, but solid research isn’t there to support the claims.

Put You To Sleep

Castor oil to cure insomnia? Seems strange, but some swear by it. The thing is, they don’t even bother supplying a supposed reason for castor oil’s effectiveness here. It “just works,” apparently. Dab the oil on the eyelids, and then drift off into a state of unparalleled sleepy bliss.

This has been a common practice, actually, for some period of time. You’ll find no shortage of mom videos on YouTube, promoting castor oil rubs that make women more capable of becoming pregnant and inducing labor:

The research to back these claims, though? Barely existent. One small study came to the conclusion that there may be some benefit to using castor oil, but it was with a minuscule group and, by its own admission, an initial attempt to explore the supposed efficacy of castor oil treatment in labor.

The results of a later study? Castor oil had no effect at all, leaving ” no justification for recommending castor oil for this purpose.”

For all the talk of its laxative effects also stimulating contractions in women, there’s not much for this claim to stand on either other than anecdotes and word-of-mouth.

At this point, I could make just about any claim about castor oil’s supposed properties, and it will mirror one that actually exists. Here are a few more of the abilities attributed to it:

For use on skin, Castor oil has been hailed as an all-encompassing remedy that handles everything from acne to blemishes. It is also claimed to lighten stretch marks and skin discoloration.

Some believe that by “enhancing the absorption of fat molecules,” Castor oil can balance hormones, remove toxins, and improve libido.

As you may have already guessed, substantive research supporting this is not in abundance. Buy castor oil from Amazon.

There are plenty of legitimate uses for castor oil, many of which are backed by solid scientific research and its continued use in cosmetic, industrial, and food storage purposes.

The more fanciful claims about castor oil’s supposed benefits, though, should be taken with a grain of salt. Many of these unproven benefits are promoted by naturopaths, who don’t exactly have the best track record.

Dr. Atwood’s assessment is well worth a read, as it breaks down many of the legitimate criticisms against the practice, as well as the issue with making bombastic health claims without sufficient supporting evidence.

It may well be possible that castor oil has a few extra tricks up its sleeve. Until more facts are available, though, it’s probably best to stick to what scientists have been able to prove.