The Centers for Disease Control and Prevention (CDC) keeps track of national trends in body weight for both adults and children.

The CDC’s latest statistics reveal that 34.9 percent (78.6 million) of all Americans are obese, with obesity defined as having a body mass index (BMI) of 30 or more. 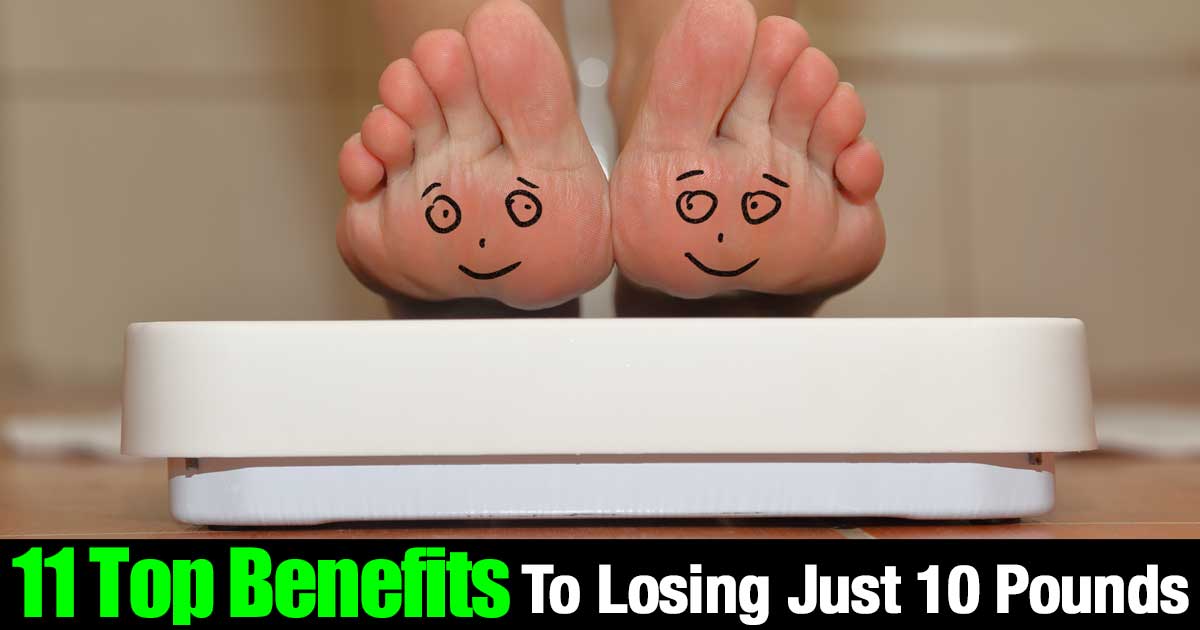 Perhaps even more alarming is the fact that approximately 17 percent of all American children, two to nineteen years of age, are obese!

The weight gain problem in the United States has gotten so bad that the CDC has developed several intervention programs and the First Lady has taken to the talk shows to promote exercise and healthy eating. The latest lose weight trend as of this writing is the Keto diet, military diet and intermittent fasting.

The best news to come out of this is that losing just 10 pounds will give you a significant improvement in virtually every aspect of your health! Below, you find 11 of the top health benefits to losing those 10 pounds.

#1 – Decrease Your Risk Of a Heart Attack

While carrying excess weight affects your entire body and mind. Being overweight is particularly hard on your cardiovascular system.

Even under the best of circumstances, the heart is by far the hardest working muscle in the body… and extra weight makes it work even harder.

According to Dr. Mehmet Oz, both a cardiac surgeon and the host of the most popular television shows on health, losing just 10 pounds can decrease your chance of having a heart attack or heart diseases by a whopping fifty percent!

Now that’s a stat to put on the refrigerator! 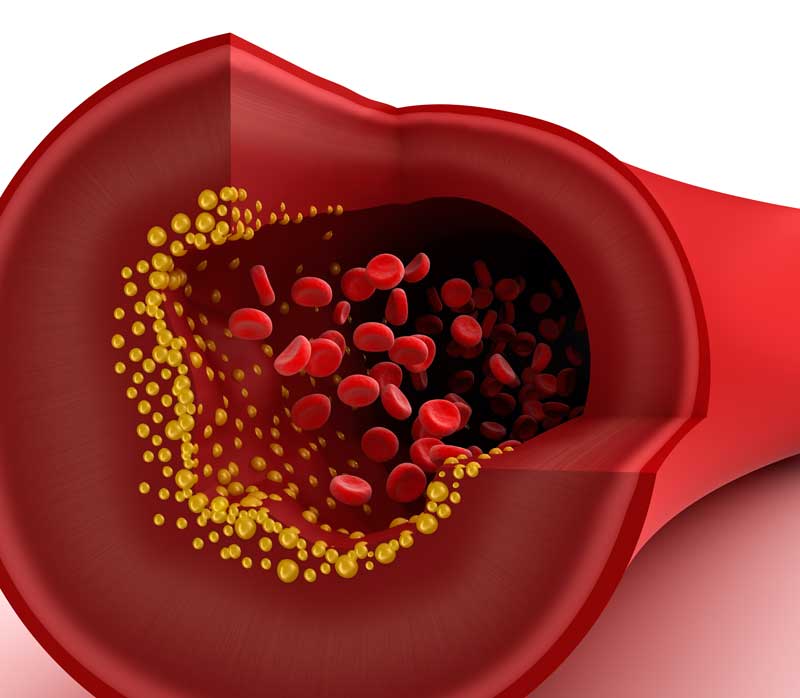 If you ask around among your friends, and even within your own family, you will likely find several people who are taking statin drugs like Lipitor, Zocor, and Crestor.

In fact, the CDC says that approximately twenty-eight percent of all American adults now take one of these drugs!

Unfortunately, many people who take these prescription statin drugs develop pain in their joints and muscles after several weeks of being on them.

This was based on data collected in eight major clinical studies involving 2100 people. Thus, just going for a walk in the park three to four times a week can fix your high blood pressure naturally.

#4 – Your Joints Will Thank You

The stress you put on your joints comes down to basic physics.

According to a Harvard Medical School publication entitled, “Why Weight Matters When It Comes To Joint Pain,” a two hundred pound person will put three hundred pounds of weight force on their knees just walking on level ground!

There’s a reason life insurance companies often want to know your weight. Lifespan is inversely correlated with how much you weigh, i.e. the less you weigh, the longer you will live on average.

Dr Gary Whitlock and a team of scientist at Oxford University analyzed the data from fifty-seven long-term studies and found that weighing a third more than your optimal weight can shorten your lifespan an average of three years!

Furthermore, severe obesity can shorten your lifespan by an average of ten years, which is the same as that predicted for smoking a pack of cigarettes a day. Weight does matter!

According to the American Cancer Society, an estimated 589,430 people will die from cancer in 2015 alone. A staggering 1,658,370 people will be newly diagnosed with this scary disease in 2015.

Furthermore, the World Cancer Research Fund estimates that about twenty-five percent of all cancers can be attributed to poor diet and obesity.

You can reduce your odds of developing cancer, especially breast cancer if you are a woman, by simply setting your mind to losing 10 pounds!

Overweight men often have trouble maintaining an erection because their blood sugar and blood pressure are too high.

Overweight women have more difficulty reaching clitoral climax for the same reasons. Both sexes are affected by not being in the mood for sex as much.

Of course, losing weight also gives you a more positive body image which can make you feel better about sex too.

#8 – Helps You Detoxify Your Body

As belly fat builds up around your liver and kidneys, these important organs will have an increasingly harder time detoxifying your body. Losing weight reverses this problem.

In fact, this is one of the primary reasons why people start to feel so much better when they lose just a little weight.

If you snore at night, you may have a form of sleep apnea. This is when your wind passages get partially blocked while you sleep.

This can be a dangerous condition since you may not be getting enough oxygen!

While your brain is designed to wake you up in a low oxygen state, people do die from sleep apnea and many more suffer the dire consequences of too little sleep and lower quality sleep.

Sleep apnea is more common in over-weight individuals because the extra pounds narrows your wind pipe. This is why losing just 10 pounds is a often a simple cure for sleep apnea. 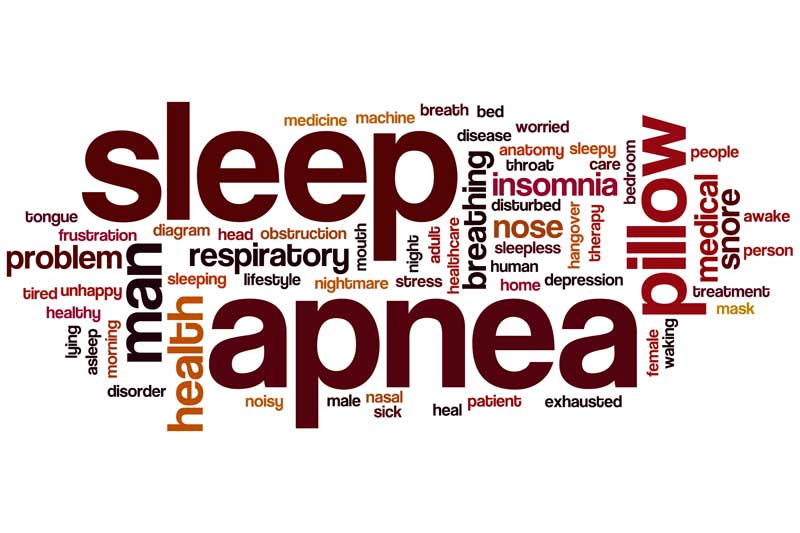 Losing just 10 pounds will make you happier in multiple ways. First, of course, when you look in the mirror and people notice your weight loss, you’ll feel better about yourself.

However, there’s a lot more to it than that because surplus body fat interferes with hormone regulation which can cause or exacerbate depression, anxiety, and other mental health issues.

While you probably don’t need to lose 1000 pounds, the wisdom from this ancient Chinese proverb still applies!

The biggest hurdle to losing weight is often just getting started. If you are someone who needs to lose thirty pounds or more, it can seem like an insurmountable task. Whether it is a weight-loss program, engaging to an intense physical activity, sticking to a diet plan, reducing calorie intake, or whatever fat burning routine you’d take, it’s important to get used to doing it.

However, if you take it just one step at a time, starting with the initial weight-loss goals of losing just 10 pounds, eventually lose weight you want to lose becomes much easier!